Earth’s Atmosphere stretches out beyond the Moon

Earth’s Atmosphere stretches out beyond the Moon Scientists found that the outermost part of our planet’s atmosphere extends well beyond the lunar orbit – almost twice the distance to the Moon.

A recent discovery based on observations by the ESA/NASA Solar and Heliospheric Observatory, SOHO, shows that the gaseous layer that wraps around Earth reaches up to 630 000 km away, or 50 times the diameter of our planet.

“The Moon flies through Earth’s atmosphere. We were not aware of it until we dusted off observations made over two decades ago by the SOHO spacecraft.” 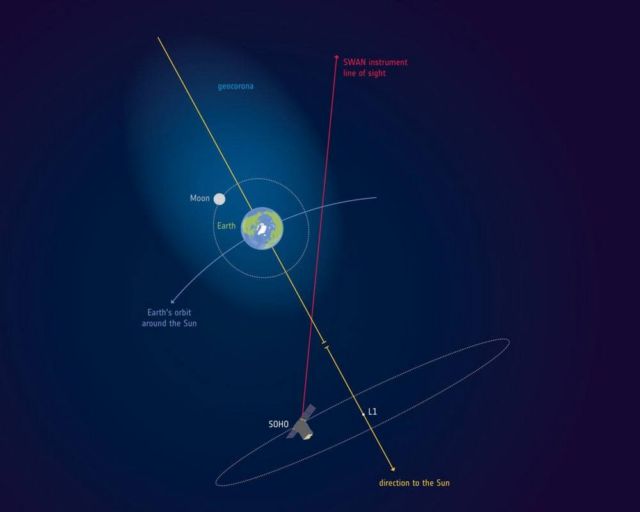 Where our atmosphere merges into outer space, there is a cloud of hydrogen atoms called the geocorona. One of the spacecraft instruments, SWAN, used its sensitive sensors to trace the hydrogen signature and precisely detect how far the very outskirts of the geocorona are.

These observations could be done only at certain times of the year, when the Earth and its geocorona came into view for SWAN.

For planets with hydrogen in their exospheres, water vapour is often seen closer to their surface. That is the case for Earth, Mars and Venus.

“This is especially interesting when looking for planets with potential reservoirs of water beyond our Solar System.” 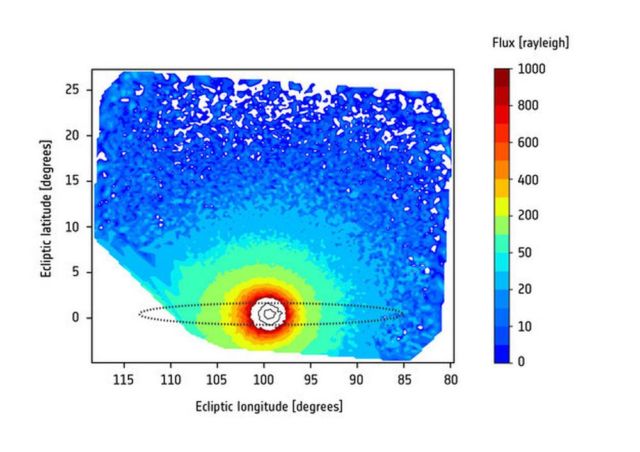