Most Europeans live under light-polluted skies. The first colour map of Europe at night created with images from the Space Station shows a sharp increase in light pollution.

Over the last two decades, astronauts on the Station have witnessed how cities shine whiter at night as new street lighting technologies were introduced.

Above: Milan at night, Italy, as seen by ESA astronaut Samantha Cristoforetti aboard the International Space Station in September 2022. 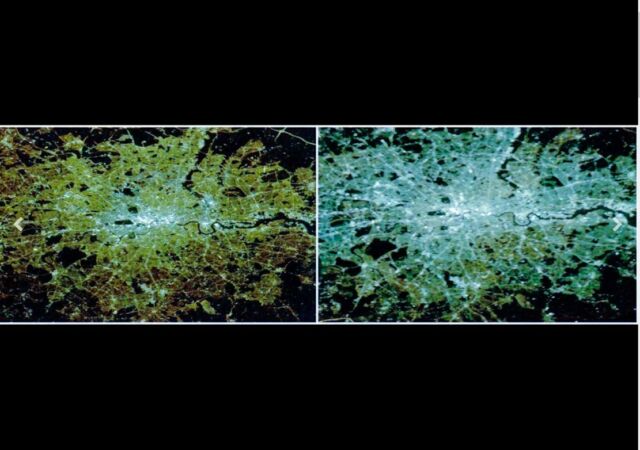 Paris, capital of France, at night as seen from the International Space Station 10 years apart.

When ESA astronaut Samantha Cristoforetti gazed at Earth from orbit during her recent Minerva mission, cities glowed brighter than the stars. Since 2003, Samantha and other European astronauts have taken over a million pictures of Earth at night with digital cameras to demonstrate the true extent of light pollution. 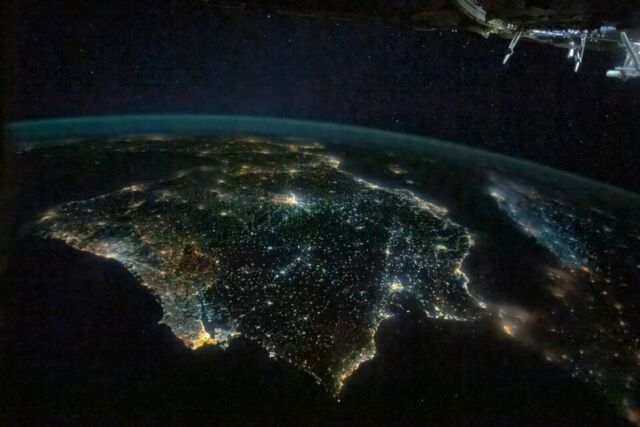 Iberian Peninsula at night in 2022

A team of European researchers processed the pictures and compared them over time, showing a clear increase of lighting pollution in urban areas, and a shift towards whiter and bluer emissions. This is due to the widespread introduction of light-emitting diode lamps, or LED technology. 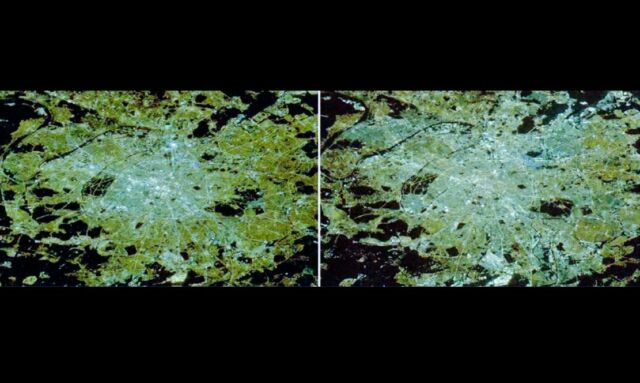 London, capital of the United Kingdom, at night as seen from the International Space Station 10 years apart.

Colour map of Europe at night