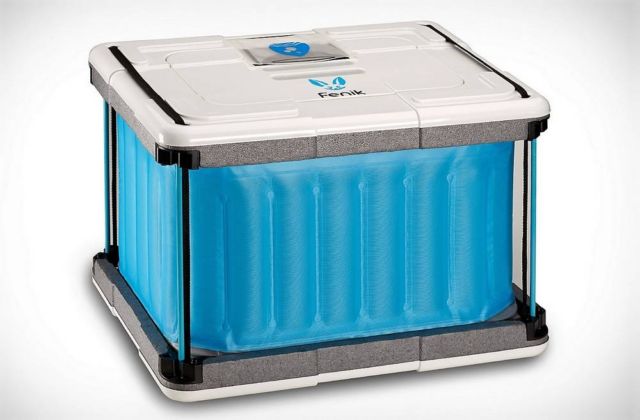 Fenik unveiled a portable cooler that could change the lives of people in parts of the world without electricity.

The Fenik Yuma 60L, a new and all natural way to preserve foods without the use of electricity.

While most refrigerators need electrical components such as fans, air compressors and solar panels to work, the Yuma 60L can cool down food using only water! 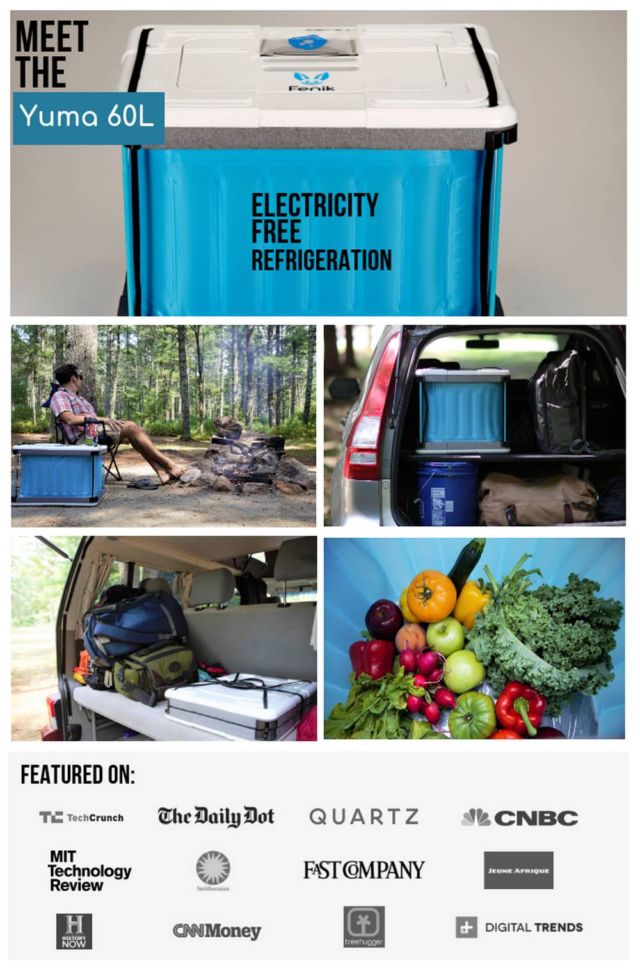 The real secret to the Yuma 60L is actually that it’s not even that fancy or high-tech. If you’ve ever wrapped a towel around a bottle of beer for the end of a hike, or run through a sprinkler or mister on a hot summer’s day, you know how refreshing the feeling can be.

Our Yuma 60L works just like that, but comes in the form of a handy box. Like the above examples, it uses something called “evaporative cooling.” The Yuma 60L stores water within the actual walls of the device. These walls are made of a special material called PhaseTek™, which allows water vapor to evaporate from the sides of the box without allowing any of the liquid water to leak out. Evaporating water pulls heat energy from the inside of the box decreasing the temperature an average of 10 to 20 degrees Fahrenheit from ambient conditions, and even more in dry, arid environments! 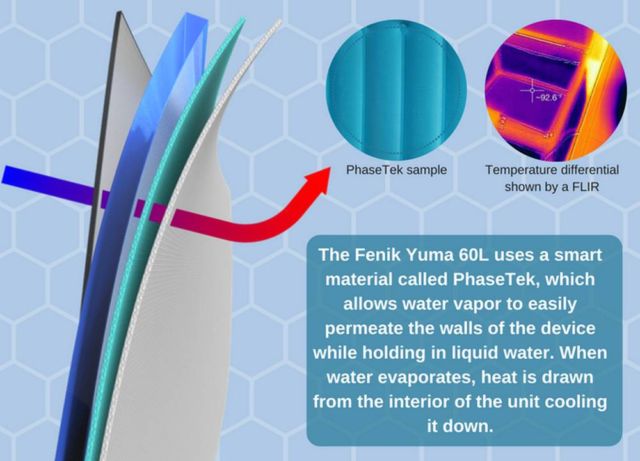