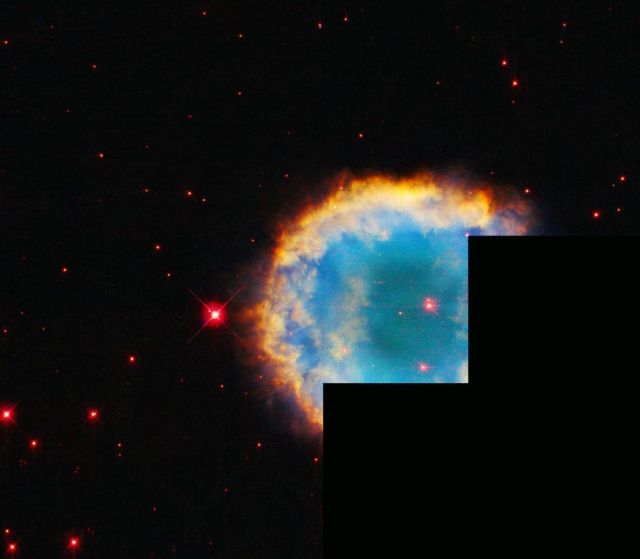 NGC 2438 is a planetary nebula, formed after the death of a Sun-like star. The medium-sized star would have expelled its outer layers of gas into space as it died, leaving behind a white-dwarf core. A halo of glowing gas over 4.5 light-years across surrounds the nebula’s brighter inner ring. Many round or nearly round planetary nebulae display these halo structures, and astronomers have been investigating how they evolve. NGC 2438 was one of the nebulae studied, and researchers found that the nebula’s halo glows due to the ionizing radiation of the central white dwarf.

This Hubble Space Telescope image was captured by Hubble’s Wide Field and Planetary Camera 2, which gave it its distinctive stair-shape. One of the camera’s four detectors provided a magnified view, which would be shrunk down in the final image to match the other three, creating the unique shape. 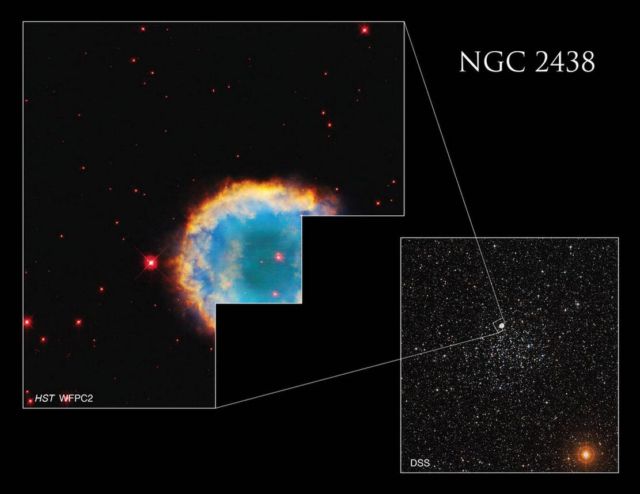