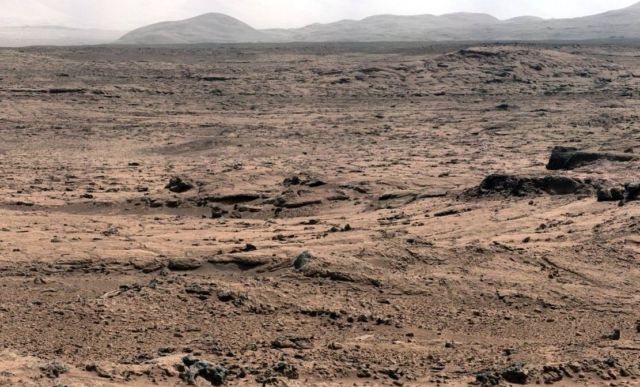 For the first time in the history of space exploration, scientists have measured the seasonal changes in the gases that fill the air directly above the surface of Gale Crater on Mars. As a result, they noticed something baffling: oxygen, the gas many Earth creatures use to breathe, behaves in a way that so far scientists cannot explain through any known chemical processes.

Above, Gale crater, captured by the Curiosity rover.  Credit NASA

Over the course of three Mars years (or nearly six Earth years) an instrument in the Sample Analysis at Mars (SAM) portable chemistry lab inside the belly of NASA’s Curiosity rover inhaled the air of Gale Crater and analyzed its composition. The results SAM spit out confirmed the makeup of the Martian atmosphere at the surface: 95% by volume of carbon dioxide (CO2), 2.6% molecular nitrogen (N2), 1.9% argon (Ar), 0.16% molecular oxygen (O2), and 0.06% carbon monoxide (CO). They also revealed how the molecules in the Martian air mix and circulate with the changes in air pressure throughout the year. These changes are caused when CO2 gas freezes over the poles in the winter, thereby lowering the air pressure across the planet following redistribution of air to maintain pressure equilibrium. When CO2 evaporates in the spring and summer and mixes across Mars, it raises the air pressure. 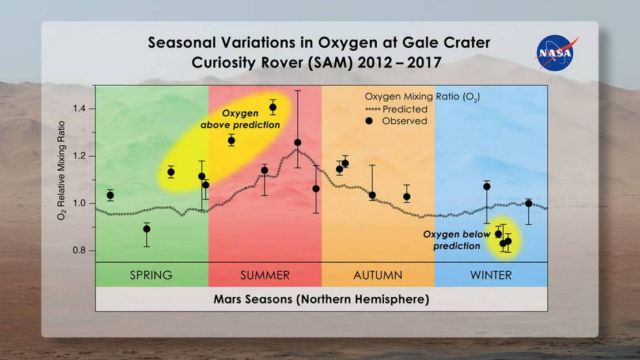 Within this environment, scientists found that nitrogen and argon follow a predictable seasonal pattern, waxing and waning in concentration in Gale Crater throughout the year relative to how much CO2 is in the air. They expected oxygen to do the same. But it didn’t. Instead, the amount of the gas in the air rose throughout spring and summer by as much as 30%, and then dropped back to levels predicted by known chemistry in fall. This pattern repeated each spring, though the amount of oxygen added to the atmosphere varied, implying that something was producing it and then taking it away. 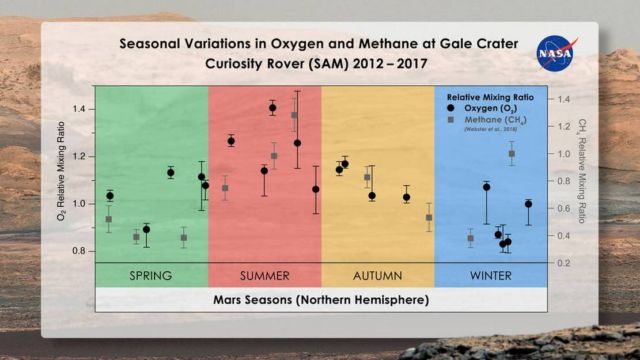