NASA has chosen SpaceX to return to the Moon

NASA has chosen SpaceX to return to the Moon 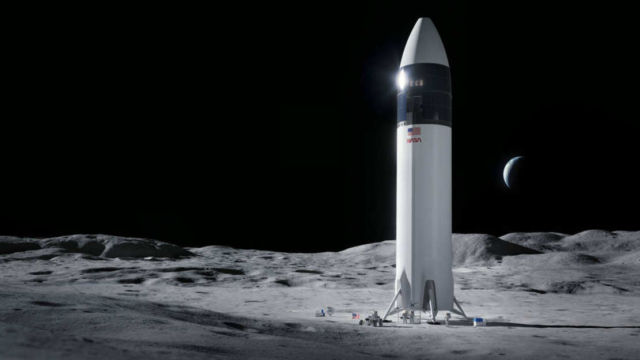 NASA has selected Elon Musk‘s SpaceX, for its next manned mission to the Moon.

NASA announced on April 16, that it “awarded SpaceX a $2.89 Billion contract to develop a variant of Starship to land astronauts on the moon.”

NASA is getting ready to send astronauts to explore more of the Moon as part of the Artemis program, and the agency has selected SpaceX to continue development of the first commercial human lander that will safely carry the next two American astronauts to the lunar surface.

The agency’s powerful Space Launch System rocket will launch four astronauts aboard the Orion spacecraft for their multi-day journey to lunar orbit. There, two crew members will transfer to the SpaceX human landing system (HLS) for the final leg of their journey to the surface of the Moon. After approximately a week exploring the surface, they will board the lander for their short trip back to orbit where they will return to Orion and their colleagues before heading back to Earth.