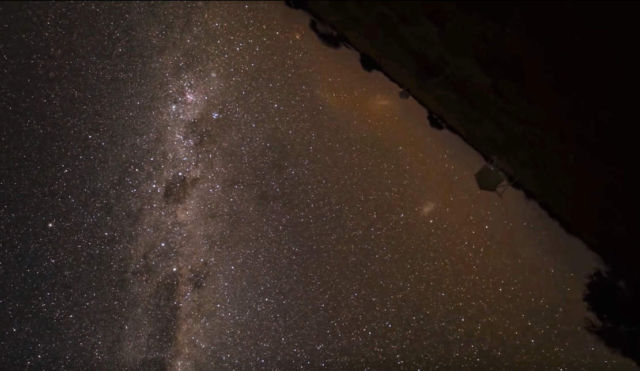 Earth’s rotation stabilized on the night sky. Most time-lapse videos of the night sky show the stars and sky moving above a steady Earth. Here, however, the camera has been forced to rotate so that the stars remain fixed, and the Earth rotates around them.

The movie, with each hour is compressed to a second, dramatically demonstrates the daily rotation of the Earth, called diurnal motion. The video begins by showing an open field in Namibia, Africa, on a clear day, last year. Shadows shift as the Earth turns, the shadow of the Earth rises into the sky, the Belt of Venus momentarily appears, and then day turns into night.