Shadows at the Moon’s South Pole

Shadows at the Moon’s South Pole 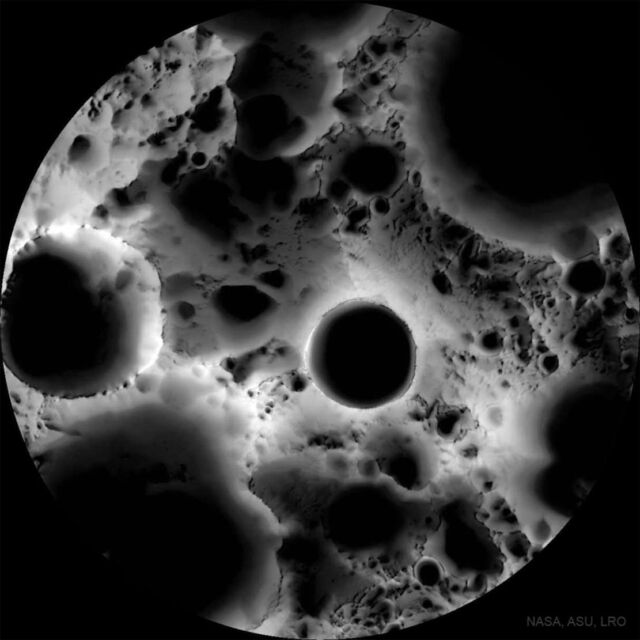 A multi-temporal illumination of the Moon‘s South Pole, made with a wide-angle camera, depict these impressive lunar shadows.

To create this picture, the Lunar Reconnaissance Orbiter spacecraft collected 1,700 images over a period of 6 lunar days (6 Earth months), repeatedly covering an area centered on the Moon’s south pole from different angles. 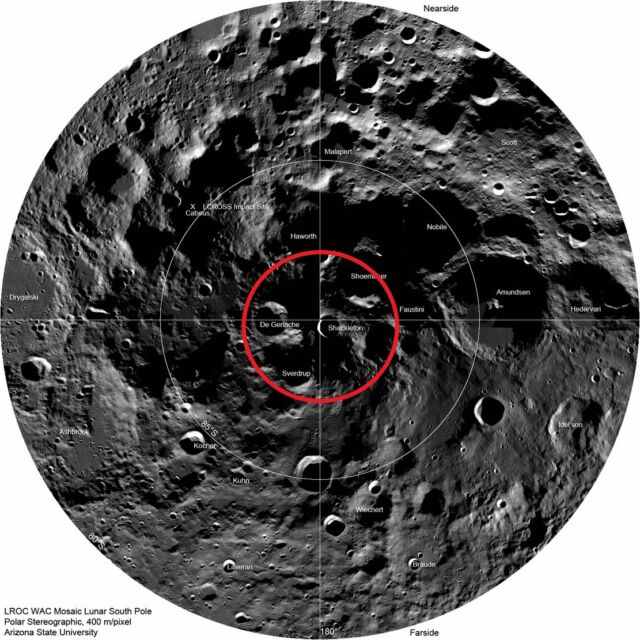 The resulting images were stacked to produce the featured map — representing the percentage of time each spot on the surface was illuminated by the Sun. Remaining convincingly in shadow, the floor of the 19-kilometer diameter Shackleton crater is seen near the map’s center. The lunar south pole itself is at about 9 o’clock on the crater’s rim.