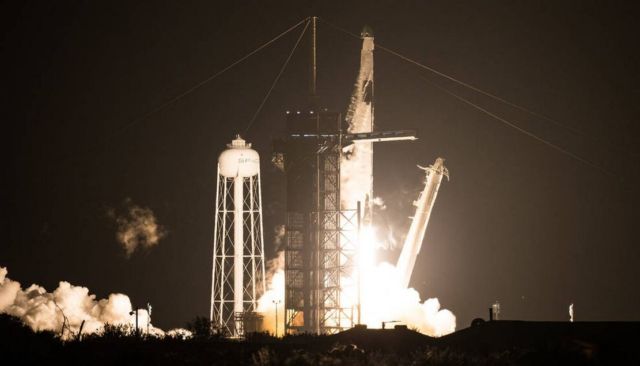 NASA’s SpaceX Crew-1 mission is the first crew rotation mission of the SpaceX Crew Dragon spacecraft and Falcon 9 rocket to the International Space Station as part of the agency’s Commercial Crew Program. Hopkins, Glover, Walker, and Noguchi launched at 7:27 p.m. EST from Launch Complex 39A at the Kennedy Space Center to begin a six month mission onboard the orbital outpost. 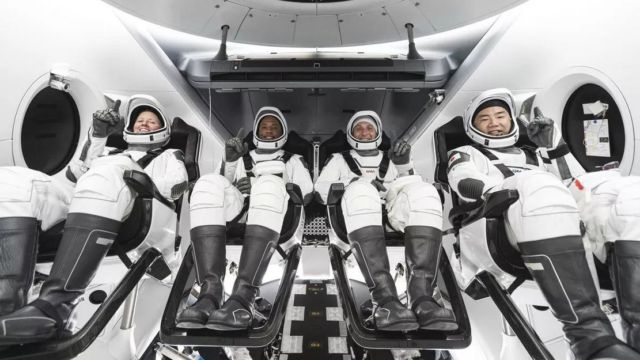 NASA’s SpaceX Crew-1 mission lifted off at 7:27 p.m. EST Sunday from Launch Complex 39A at the agency’s Kennedy Space Center in Florida.

The SpaceX Falcon 9 rocket propelled the Crew Dragon spacecraft with NASA astronauts Michael Hopkins, Victor Glover, and Shannon Walker, along with Soichi Noguchi of the Japan Aerospace Exploration Agency (JAXA), into orbit to begin a six-month science mission aboard the space station.

“NASA is delivering on its commitment to the American people and our international partners to provide safe, reliable, and cost-effective missions to the International Space Station using American private industry,” said NASA Administrator Jim Bridenstine. “This is an important mission for NASA, SpaceX and our partners at JAXA, and we look forward to watching this crew arrive at station to carry on our partnership for all of humanity.”