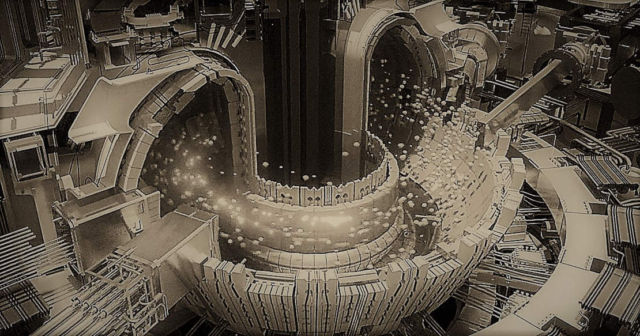 Scientists are ready to start testing the fuel for the giant new fusion reactor ITER.

A team of engineers is attempting to tackle one of science’s most intractable problems: How to summon the power of a star.

If they pull it off, they’ll solve mankind’s greatest existential problems at a stroke, radically reducing harmful pollution and tackling runaway climate change.

A pioneering reactor in Britain is gearing up to start pivotal tests of a fuel mix that will eventually power ITER — the world’s biggest nuclear-fusion experiment. Nuclear fusion is the phenomenon that powers the Sun and, if physicists can harness it on Earth, it would be a source of almost limitless energy.

In December, researchers at the Joint European Torus (JET) started conducting fusion experiments with tritium — a rare and radioactive isotope of hydrogen. The facility is a one-tenth-volume mock-up of the US$22-billion ITER project and has the same doughnut-shaped ‘tokomak’ design— the world’s most developed approach to fusion energy. It is the first time since 1997 that researchers have done experiments in a tokamak with any significant amount of tritium. 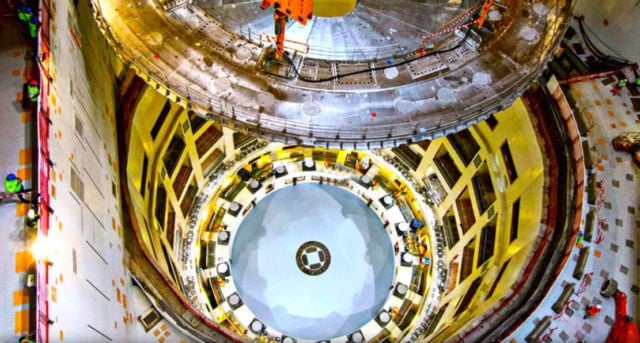 Joelle Mailloux, who co-leads the scientific programme at JET, said:

“It’s very exciting now to, at last, get to the point where we can put into practice what we’ve been preparing all these years. We’re ready for it.”

JET’s experiments will help scientists to predict how the plasma in the ITER tokamak will behave and to craft the mega-experiment’s operating settings.