The Oldest Evidence of Mobility is 2.1 billion years old

The Oldest Evidence of Mobility is 2.1 billion years old 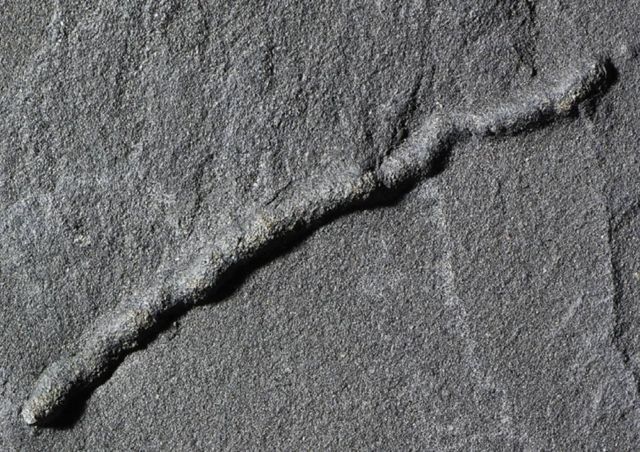 Scientists discovered the oldest evidence of mobility on Earth, and is 2.1 billion years old.

Discovered in a fossil deposit in Gabon, where the oldest multicellular organisms have already been found. Whereas previous remnants were dated to 570 million years ago, this new evidence is 2.1 billion years old.

Located in the Franceville Basin, the deposit allowed scientists to re-date the appearance of multicellular life on Earth to 2.1 billion years – approximately 1.5 billion years earlier than previously thought (600 million). At the time, researchers showed that this rich biodiversity co-occurred with a peak in dioxygenation of the atmosphere, and developed in a calm and shallow marine environment.

Micro-tomography is used to display the 3D morphology of tubes reflecting the paths of movement through the sediment. Parallel horizontal layers are fossilised microbial mats.   © A. El Albani & A. Mazurier / IC2MP / CNRS – Université de Poitiers

The traces were analysed and reconstructed in 3D using X-ray computed micro-tomography, a non-destructive imaging technique. The more or less sinuous structures are tubular, of a generally consistent diameter of a few millimetres, and run through fine layers of sedimentary rock. Geometrical and chemical analysis reveals that they are biological in origin and appeared at the same time the sediment was deposited.