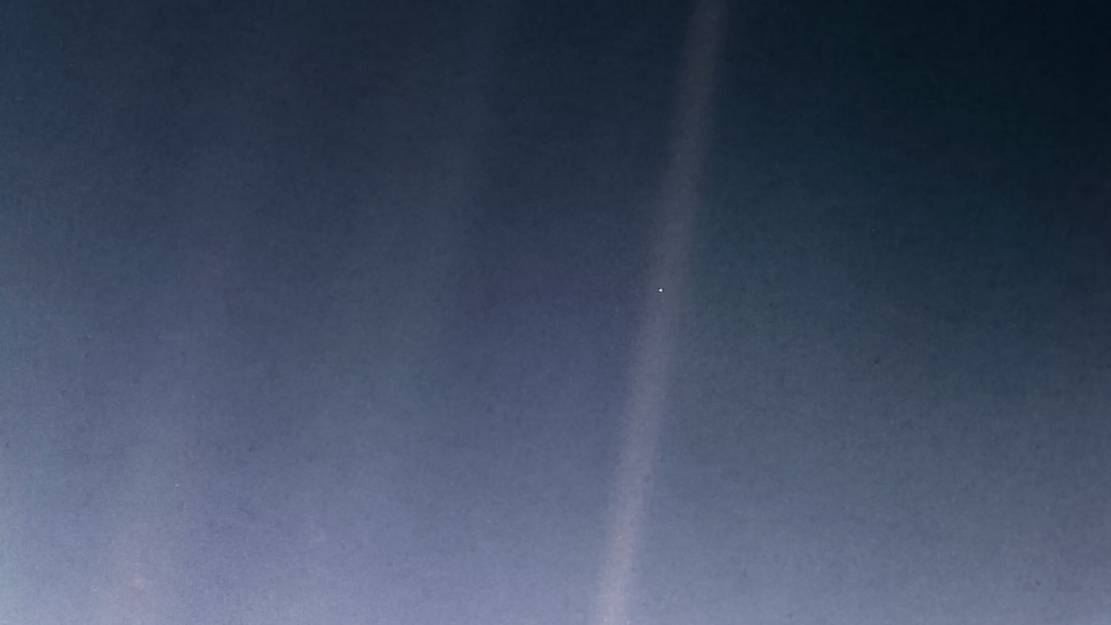 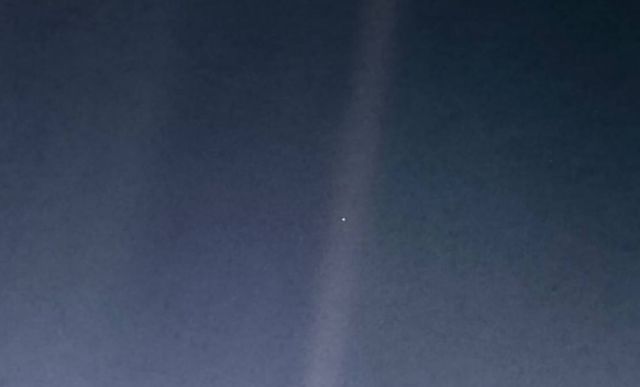 A recent update to this historic portrait on Valentine’s Day in 1990 by the Voyager 1 spacecraft, showing Earth as a tiny speck surrounded by the vastness of space.

Cruising four billion miles from the Sun, the spacecraft looked back one last time to make the first ever Solar System family portrait.

This updated version of the iconic “Pale Blue Dot” image taken by the Voyager 1 uses modern image-processing software and techniques to revisit the well-known Voyager view while attempting to respect the original data and intent of those who planned the images.  Credit: NASA/JPL-Caltech

The updated image uses modern image-processing software and techniques while respecting the intent of those who planned the image. Like the original, the new color view shows Planet Earth as a single, bright blue pixel in the vastness of space. Rays of sunlight scattered within the camera optics stretch across the scene, one of which happens to have intersected dramatically with Earth.