The Star Systems that could be watching Earth

The Star Systems that could be watching Earth 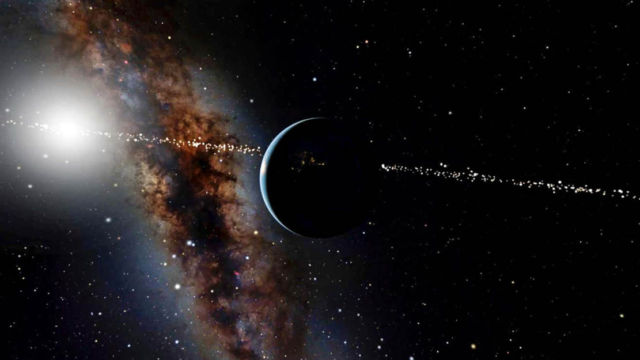 Exoplanets around some nearby stars, have a cosmic front-row seat to see if Earth holds life.

Scientists at Cornell University and the American Museum of Natural History have identified 2,034 nearby star-systems – within the small cosmic distance of 326 light-years – that could find Earth merely by watching our pale blue dot cross our sun.

Lisa Kaltenegger, professor of astronomy and director of Cornell’s Carl Sagan Institute, in the College of Arts and Sciences, said:

“From the exoplanets’ point-of-view, we are the aliens. We wanted to know which stars have the right vantage point to see Earth, as it blocks the Sun’s light. And because stars move in our dynamic cosmos, this vantage point is gained and lost.”

Kaltenegger and astrophysicist Jackie Faherty, a senior scientist at the American Museum of Natural History and co-author of “Past, Present and Future Stars That Can See Earth As A Transiting Exoplanet,” used positions and motions from the European Space Agency’s Gaia eDR3 catalog to determine which stars enter and exit the Earth Transit Zone – and for how long.

“Gaia has provided us with a precise map of the Milky Way galaxy, allowing us to look backward and forward in time, and to see where stars had been located and where they are going.

Our solar neighborhood is a dynamic place where stars enter and exit that perfect vantage point to see Earth transit the Sun at a rapid pace.”

Of the 2,034 star-systems passing through the Earth Transit Zone over the 10,000-year period examined, 117 objects lie within about 100 light-years of the sun and 75 of these objects have been in the Earth Transit Zone since commercial radio stations on Earth began broadcasting into space about a century ago.

Image: A rendering of Earth and the Sun, viewed from thousands of miles above our planet.  Credit OpenSpace/American Museum of Natural History

The research has been published in Nature