This is how Deep-Sea Ultra-Black Fish disappear

This is how Deep-Sea Ultra-Black Fish disappear 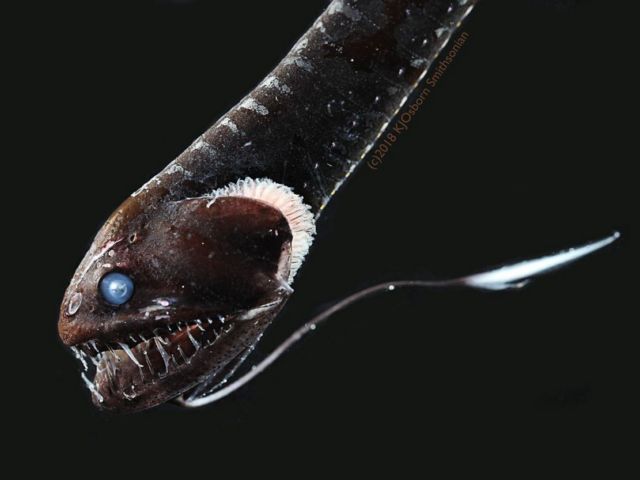 That may advance high-tech optical and camouflage technology.

Deep in the ocean, where sunlight barely reaches, Smithsonian scientists and a team of collaborators have discovered one of the blackest materials known: the skin of certain fish. These ultra-black fish absorb light so efficiently that even in bright light they appear to be silhouettes with no discernible features. In the darkness of the ocean, even surrounded by bioluminescent light, they literally disappear. 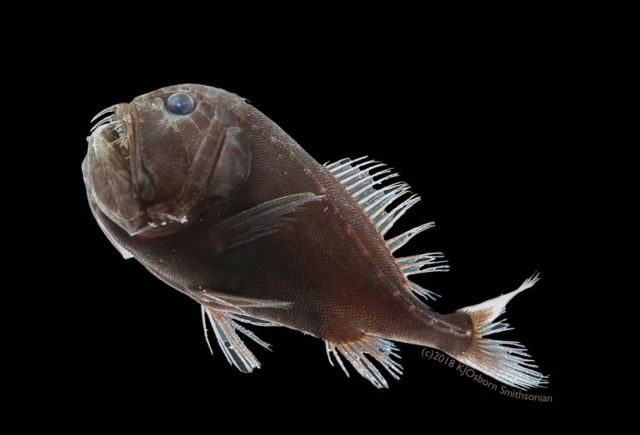 In the July 16 issue of the journal Current Biology, a team of scientists led by Smithsonian’s National Museum of Natural History research zoologist Karen Osborn and Duke University biologist Sönke Johnsen report on how a unique arrangement of pigment-packed granules enables some fish to absorb nearly all of the light that hits their skin, so that as little as 0.05% of that light is reflected back. Mimicking this strategy could help engineers develop less expensive, flexible and more durable ultra-black materials for use in optical technology, such as telescopes and cameras, and for camouflage, Osborn said.

Osborn first became interested in fish skin when she tried to photograph some striking black fish she and her colleagues caught in trawl nets used to sample the deep sea. Despite sophisticated equipment, she said, she could not capture any detail in the images. “It didn’t matter how you set up the camera or lighting—they just sucked up all the light.” 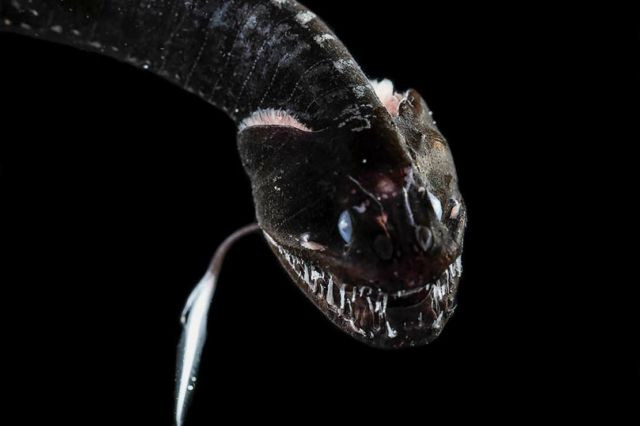 Careful measurements in the laboratory confirmed why cameras could not capture their features: Many of the black fish found in the deep sea absorbed more than 99.5% percent of the light that hit their surfaces. That means they are ultra-black—blacker than black paper, blacker than electrical tape, blacker than a brand-new tire. And in the deep, dark sea, where a single photon of light is enough to attract attention, that intense blackness can improve a fish’s odds of survival.

Because sunlight does not reach more than a couple hundred meters beneath the ocean’s surface, most deep-sea creatures make their own light, called bioluminescence. Bioluminescent glows are used to attract mates, distract predators and lure prey. They can also expose nearby animals—foiling a predator’s stealthy approach or shining a beacon on potential prey—unless those animals have the right camouflage. “If you want to blend in with the infinite blackness of your surroundings, sucking up every photon that hits you is a great way to go,” Osborn said. 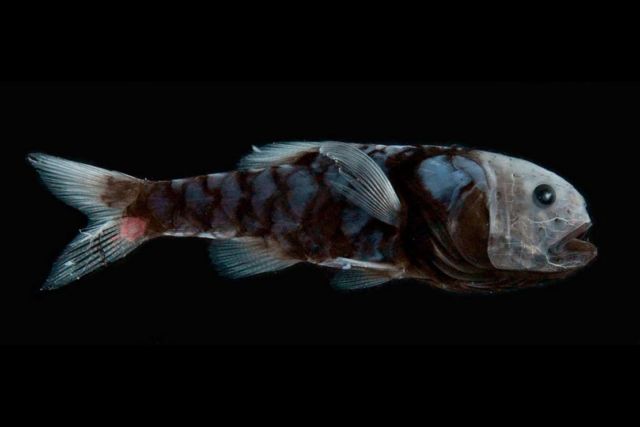