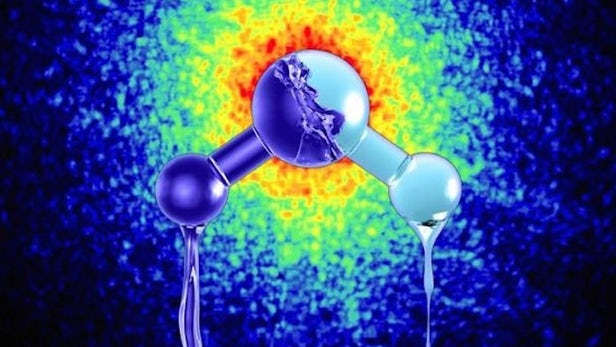 Researchers have discovered that water exists in two liquid forms, one more viscous than the other.

Water can exist as a solid, liquid and gas, but under extreme pressure it converts into a peculiar fourth state called tunneling. Then it may freeze at temperatures it would normally boil.

Above, an artist’s impression of the two forms of ultra-viscous liquid water with different density. On the background, the x-ray speckle pattern taken from actual data of high-density amorphous ice.

“The new remarkable property is that we find that water can exist as two different liquids at low temperatures where ice crystallization is slow.”