Home/Posts/TECHNOLOGY/Space/Earth – Moon from Orion
Previous Next 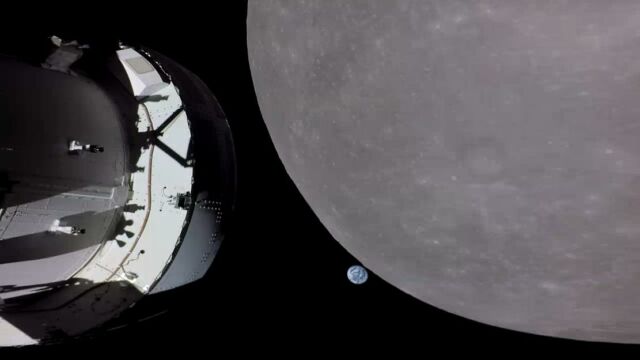 This image of the Earth and the Moon, taken on the sixth day of the Artemis 1 mission, by an external camera on the outbound Orion spacecraft.

The Orion spacecraft was headed for a powered flyby that took it to within 130 kilometers of the lunar surface.

Swinging around the Moon, Orion will reach a maximum distance (just over 400,000 kilometers) from Earth on Monday November 28 exceeding a record set by Apollo 13 for most distant spacecraft designed for human space exploration.