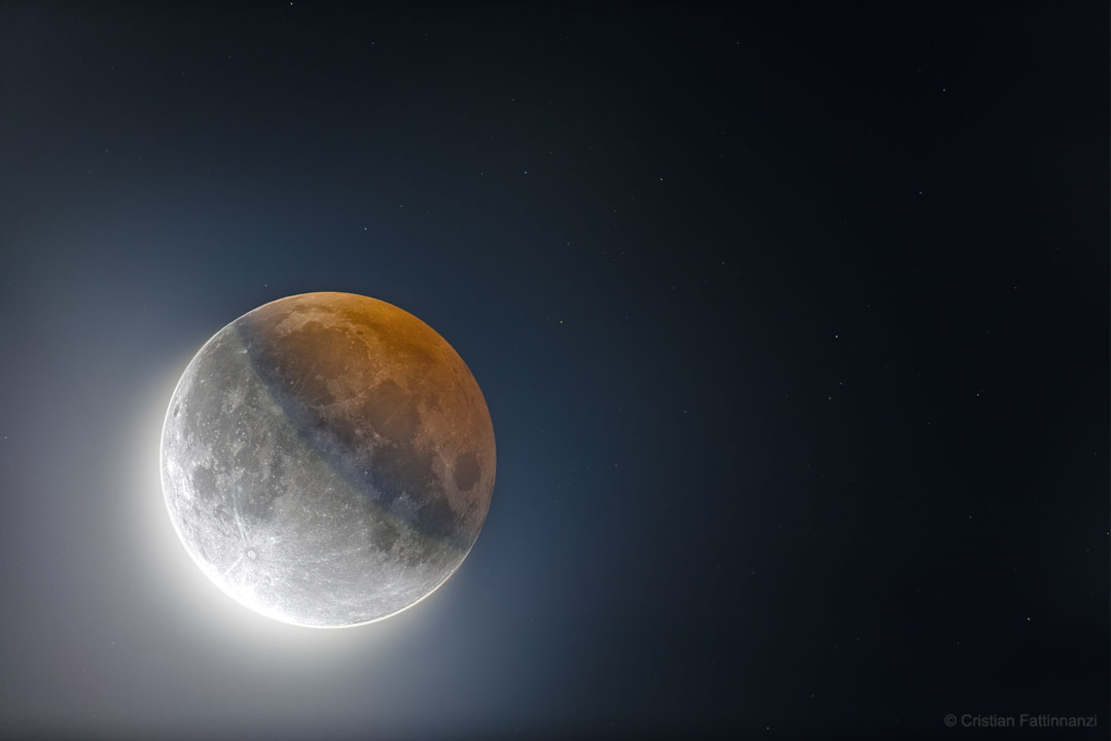 Earth’s Circular Shadow on the Moon

Earth’s Circular Shadow on the Moon 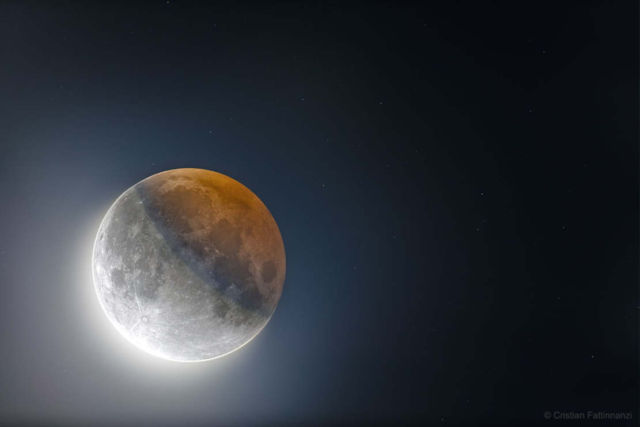 Last week’s full Moon — the Buck Moon — was so full that it fell almost exactly in a line with the Sun and the Earth. When that happens the Earth casts its shadow onto the Moon.

The circularity of the Earth’s shadow on the Moon was commented on by Aristotle and so has been noticed since at least the 4th century BC.

What’s new is humanity’s ability to record this shadow with such high dynamic range (HDR). The featured HDR composite of last week’s partial lunar eclipse combines 15 images and include an exposure as short as 1/400th of a second — so as not to overexpose the brightest part — and an exposure that lasted five seconds — to bring up the dimmest part. This dimmest part — inside Earth’s umbra — is not completely dark because some light is refracted through the Earth’s atmosphere onto the Moon.

A total lunar eclipse will occur next in 2021 May.